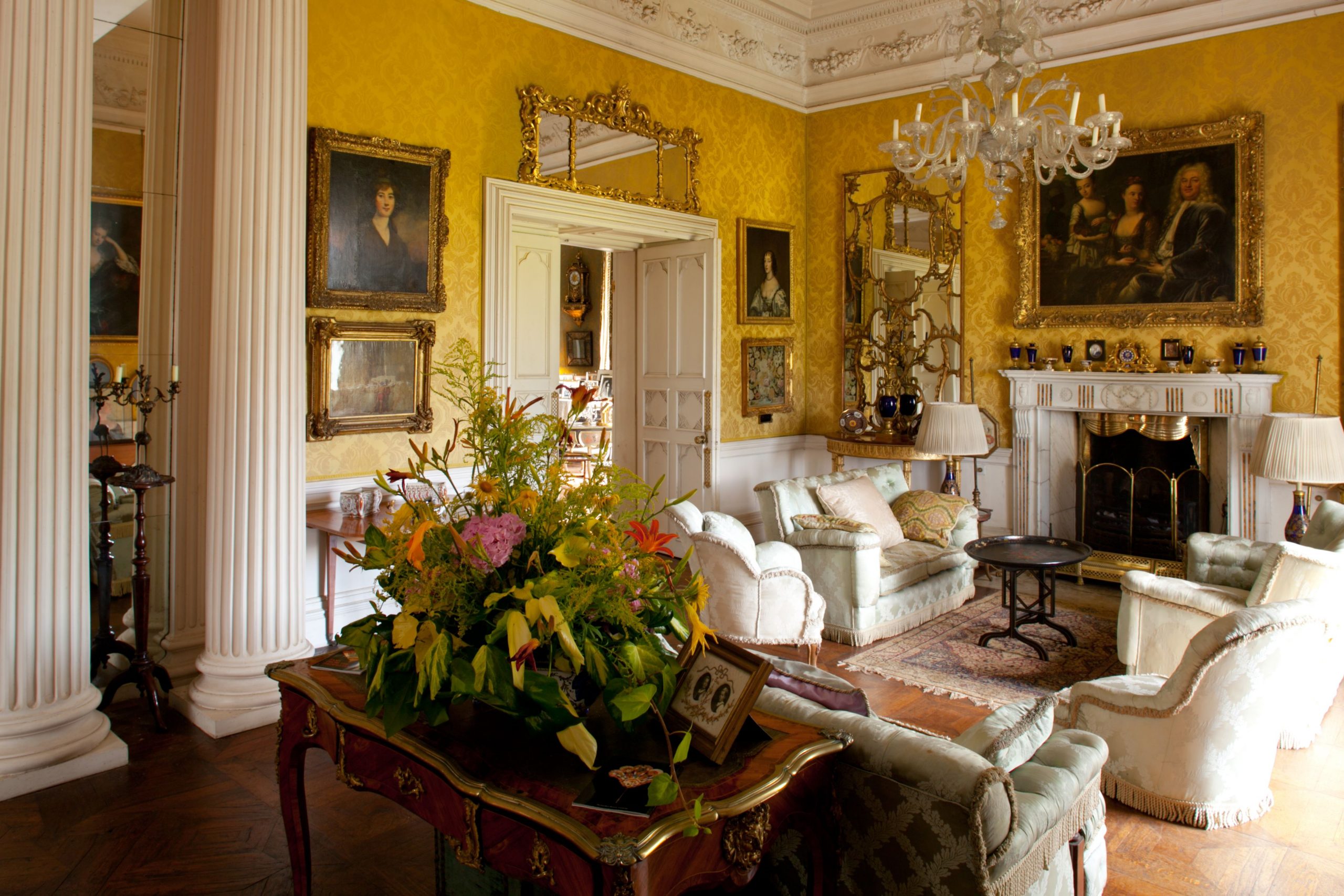 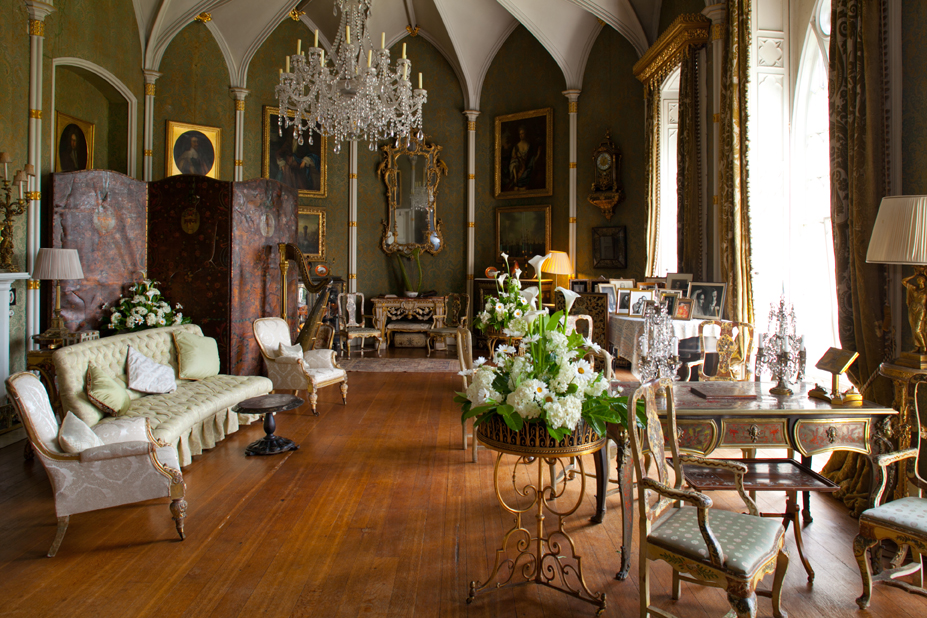 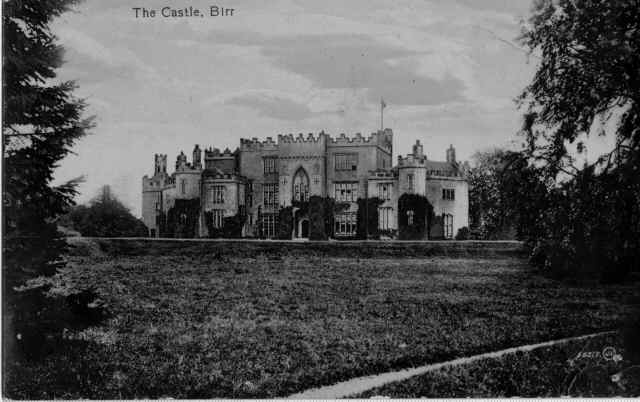 The castle or fortress of Birr was re occupied by the O’Carroll’s who held it until the 1580s when it was sold to the Ormond Butlers.  In 1620 the now ruined castle was granted to the Parsons family by James I.  Rather than occupy the tower house of the O’Carrolls, the Parsons decided to turn the Norman Gate Tower into their ‘English House’. Building on either side and incorporating two Flanking Towers.  Sir Laurence Parsons did a large amount of building and remodelling including the building of the two flanking towers, before his death in 1628. This is all accounted for in our archives.

The castle survived two sieges in the 17th century, leaving the family impoverished at the beginning of the 18th century. This led to little was done to the 17th century house.  However, sometime between the end of that century and the beginning of the 19th century, the house which had always faced the town, was given a new gothic facade, which now faces the park.  The ancient towers and walls, now the park side of the castle, were swept away, including the Black Tower (The Tower House) of the O’Carroll’s, which had stood on the motte. Around 1820 the octagonal Gothic Saloon overlooking the river was cleverly added into the space between the central block and the west flanking tower.

After a fire in the central block in 1836 the centre of the castle was rebuilt, with the ceilings heightened, a third story added and also the great dining room. In the middle of the 1840s a larger work force was employed during the famine times in Ireland. The old moat and the original Norman motte were flattened, and a new star-shaped moat was designed, with a keep gate. This was financed by Mary, Countess of Rosse. This period of remodelling was also overlapped with the construction of the Great Telescope, The Leviathan. Which was completed in 1845.

The final work on the castle was completed in the 1860s when a Square Tower at the back of the castle on the East side was added.  This now contains nurseries on the top floor which have a great view over the town of Birr